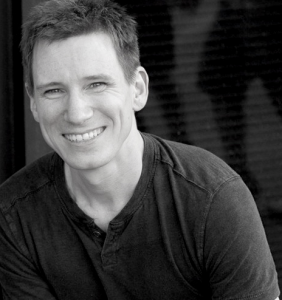 I was born and in raised in Missouri. My background is in radio, and I was a disc jockey before I turned to writing and filmmaking. For the last six months or so I have been working on a series of novellas. Now that I finally have those completed I’m going to spend some time on shorter works before I tackle another long project.

My primary goal as a writer is to continually improve. Beyond that, I just hope to write something that stays with the reader for a while. Maybe something they will want to revisit in the future.

Who are your influences? How have they influenced your work?

The three writers who have probably had the most influence on me are Spider Robinson, Stephen King, and Joe Lansdale. The manner in which they have influenced me isn’t this mathematical, but the traits I most admire and wish to cultivate in my own writing are- Robinson’s humanism, King’s conversational writing style, and Lansdale’s sharp dialogue.

One of my professors once said, “Always make sure your dialogue is delicious.” What, exactly, makes for delicious dialogue? Hell if I know. But I hear those words in my head every day. And every once in a while I’ll write a line, look it over and say, “Yeah, that’s delicious.”

In talking about rewriting one of his manuscripts, another professor once told me, “I drive it into the ditch every day, then get up the next morning and pull it out.” This made me feel better, knowing that someone more experienced felt the same frustrations at the end of a writing day. It’s okay if you end the day in a ditch, you can pull it out tomorrow.

What are you currently reading? How’s it going- recommend or no?

Right now I’m reading A Swim in a Pond in the Rain by George Saunders. It’s a collection of seven short stories by Russian authors, each of which is taken apart to see how it functions. The stories themselves are brief, and the majority of the book is Saunders commentary. I realize this sounds like dry stuff, but it really isn’t. Saunders is informative without being overly academic, and he’s damn funny. I’m about two thirds of the way through as I write this, so unless the book suddenly shits the bed in the last 100 pages it’s safe to say I recommend it. Even if you have no interest in being a writer, or in Russian literature, the book is fun.

As an antidote to the Russian gloom, I’m also reading the new Defenders omnibus from Marvel Comics. It collects the first 30 or so issues of The Defenders, and it’s a beautiful book, but I can only recommend it if you have a taste for ‘70s comic books in all their melodramatic, overwritten glory. If you can read an exclamation like, “By the hoary hosts of Hoggoth,” and not get a warm fuzzy feeling all over, then this probably doesn’t have much to offer you.

If you had a chance to see one musician/group live in concert, living or dead, who would it be and at what point in their career would it be?

I don’t go to concerts because I don’t like crowds, but since that’s a cop-out answer I will imagine that said musician/group will be playing in my living room. With that in mind, I would love to see The Cramps. As to what point in their career I would want to see them, I don’t believe they ever suffered any dramatic creative decline, they were fantastic from beginning to end. If Lux were alive, I would want to see them.

The four novellas I mentioned earlier are part of a western series called Brittle and Ashe. The first two are out now, the third will be out at the end of May, and the fourth will come in the summer. I also have a story appearing in an upcoming issue of Thriller magazine.

Timothy Friend is the author of Gunmen, and Rocket Ryder and Little Putt-Putt Go Down Swinging. His fiction has appeared in Thuglit, Switchblade, and Pulp Modern. He currently lives in Kansas City with his wife. He can be found online at timothyfriend.net.