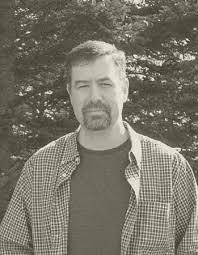 Depression is a constant unwanted companion, I liken it to that scene toward the end of A Beautiful Mind where John Nash still sees his hallucinations walking alongside but he can now control them to a serviceable degree. So, in an unsuspecting way, COVID has allowed me a bit of peace from the usual onslaught of people, deadlines, etc. I don’t say that jumping up and down and all happy because I lost a beloved Aunt to COVID and if I could turn back time, I wish to hell that virus had never happened. To maintain a healthy mind, I write everyday, usually poems, and I go for nature walks with my daughter. That keeps a balance most of the time.

When writing a short story, novella, or novel, what are some things you think you have to achieve to write something that will stand the test of time?

I’m certain nothing that I’ve written will last twenty years let alone the test of time. But to answer the question, I’d place my bets in the writing process and the main thing is don’t rush it. I wrote too fast and sloppy early on and the poor quality showed. Whether you are remembered is a long shot, most writers are forgotten, but just doing good work is the key. Without that no one has a chance.

Who are some contemporary writers every writer today should be reading?

I will mention just one in fear of alienating way too many others. A go to writer for me is B F Jones who stuns me with her poetry. Her collection THE ONLY SOUNDS LEFT is stark to a fault, economic in word choice, and is so damn brilliant at every turn that I only read a few pages at a time and then go back and reread and reread. Can’t get enough of her style.

If you had to make a list of the three most important rules when it comes to writing, what would those rules be?

Get it down without worrying of technique (you can waste a lot of time overthinking), revise like hell, and then let it marinate before publishing. And during the marinating phase hand it off to someone you trust that will be honest and tell you if you’ve written complete shit.

It’s been said print media is dead. What is your response to those who claim audiences in the future will have no need for books, short stories, etc. (i.e., visual media will take over all modes of storytelling)?

Most kids I know today are reading print. My daughter, who is eleven, and her friends are all bibliophiles buying print books and I reason that since they spend a great deal of their school work on computer screens and this past year on Zoom, print is relaxing and is collectible. I don’t see it going away completely. I published my first book in 2010 and the talk then was e-readers were eliminating print within a few scant years but after the surge of Kindle excitement we still have the bark of trees with us.

Who is an historical figure you’d like to sit down and have a drink and conversation with?

I couldn’t keep up with her, but Dorothy Parker at the height of her powers. The woman was a juggernaut of wit, observations, etc. Can you imagine her on Twitter today? She would level all others.

(Editor’s note: We can, in fact, imagine her on twitter–the sheep would be desperate to come up with a name for a “female edgelord” in effort to quell her insistence on generating her own, independent ideas)

Well your Uncle B. is re-releasing my Drifter Detective series in a two volume set. These hard boiled stories were written many years ago by Garnett Elliott, Wayne D. Dundee, yours truly, and an up and comer named Alec Cizak. Also, I wrote a western novel with Scott Dennis Parker called CASH LARAMIE AND THE SUNDOWN EXPRESS that features Scott’s railroad detective Calvin Carter. And there’s countless poems that I’m writing just for me. Once again, keeping the balance. 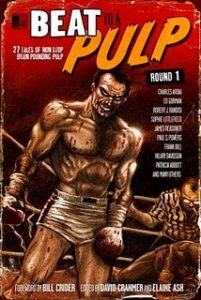 David Cranmer is a writer and the founder of the legendary Beat to a Pulp.